We were so proud to see Organics Unlimited President and CEO Mayra Velazquez de León featured in the latest issue of FreshPlaza.com! The article, which talks about demand and organic produce, can be read by scrolling below, or can be found on the Fresh Plaza website here.

Organic banana growers say that meeting demand is often their biggest challenge. They point out that demand is increasing in the organic category, while consumers are also on the lookout for more point-of-origin information as well as the social responsibilities companies set out to take care of.

“Bananas have long been one of the most popular items available in the produce department because of their convenience and nutritional value,” said Mayra Velazquez de León, President and CEO of Organics Unlimited. “Organic bananas have quickly been growing in popularity, which is very exciting for companies such as Organics Unlimited. Consumers like to support companies and brands that give back, especially when it comes to social responsibility. That is what our GROW label bananas focus on – making positive social change. In fact, one of the biggest challenges organic banana growers in the industry face is keeping up with demand.” 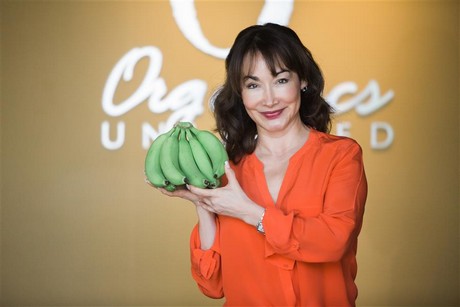 Velazquez de León also mentioned that organic bananas are distinct from conventional bananas, declaring they are indeed healthier. “Many people believe the misconception that conventional bananas are the same as organic because of the peel,” she said. “Harsh chemicals used in conventional farming leech into the soil, which means they eventually make their way inside the banana. Studies have shown that organic produce is healthier and it is also better for the environment since it avoids producing chemical run-off into precious water sources.”

Production remains strong
January is the middle of the slower production season in Organic Unlimited’s main growing district in Colima, Mexico. However, the company also sources organic bananas from elsewhere in order to meet demand. “During the winter months the supply is bolstered by organic bananas from farms in Ecuador,” Velazquez de León shared. “This is because Ecuador remains much warmer throughout this time of year. As a result, supply to North America at the moment is both healthy and strong.” 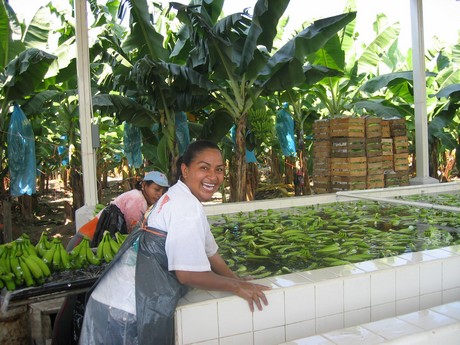 She added that the boxes that the company introduced two years ago received positive feedback and are still in circulation. “Organics Unlimited released new packaging two years go which, at the time, included boxes, stickers and tape and it was quite successful. Retailers especially liked the fact that the boxes are bright and colorful while serving as retail displays.”

GROW program developments
One of the foremost programs for Organics Unlimited is their GROW program. GROW, which stands for Giving Resources and Opportunities to Workers, was launched back in 2005 and is an initiative to provide returns to growers and to help their communities. According to the company, social responsibility is a key factor and something that is becoming more significant for consumers. 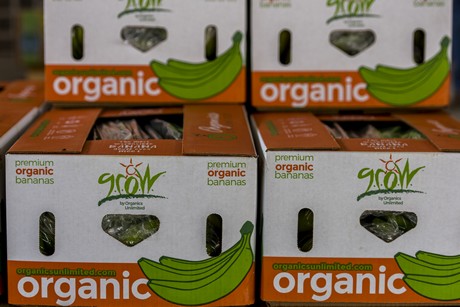 keep reading the rest of the article here! 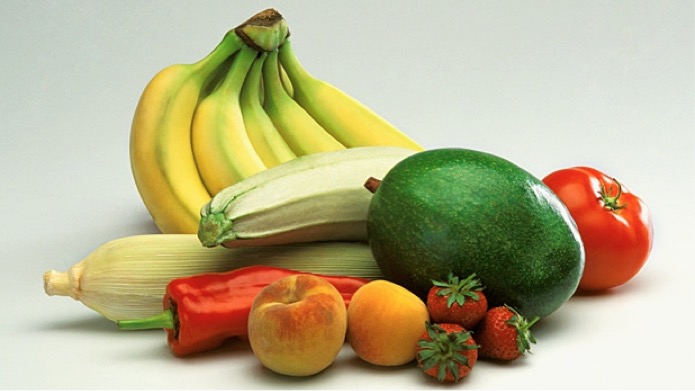 With the excitement of the holidays over, it is easy to forget our New Year’s resolutions. Many people resolve to take better care of themselves by eating healthier, including more organic, whole fruits and vegetables. This is a great time for grocers to remind our customers to stick with their resolutions. One of the ways to do this is to make produce shopping more convenient through  grab ‘n’ go banana placement, which raises produce sales overall.

Grocers should also remember that after the holidays, many people want to eat healthier, but are also tired of cooking. This is when cross-merchandising works beautifully. By placing ingredients that work well together, say all the fixings for a banana berry smoothie, or banana overnight oats you make it easy and simple for your customer to shop.

The new year should also bring some fresh new ideas and revive the tired consistent marketing approaches of the past. For example, this is a great time to look at the consumer demographic. Twice as many women  as men say they eat three servings of produce per day or more

Second, the produce industry needs to appeal to men. To grow organic banana and other produce sales within your store, consider how to market to men. Drive impulse sales with this demographic by creating grab ‘n’ go displays near doors and checkout lines. Make it easy for a customer to pop in and get quick snacks and meals through these types of displays.

A focus on fitness is also a great way to  target both male and female shoppers. By pairing bananas and other “power foods” with protein powder or energy drink displays, merchandisers can reinforce that bananas are good for health and encourage all of us to keep up with our resolutions!

Caring for the Environment One Banana at a Time 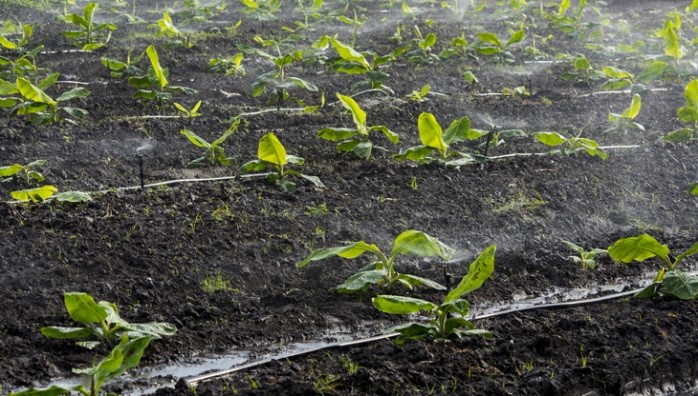 Organic farming and sustainability go hand-in-hand when producing the freshest produce with the least amount of cost to the environment. Environmental benefits include healthier soil, reduced carbon emission, increased animal and human health/welfare and improved biodiversity. This ensures only the healthiest produce reaches retail and restaurant shelves, and that is also why organic bananas from Organics Unlimited are some of the freshest, best tasting bananas available.

Organics Unlimited promotes environmental sustainability by banning any use of chemical pesticides in its banana growing regions in Mexico and Ecuador. Propagation of new plants and organic fertilizers also help preserve healthy soil by eliminating infections from outside sources. Organics Unlimited does not expand its organic farming into any area previously used for conventional farming. This protects farm regions and the surrounding community from contaminated runoff containing chemical pesticides during rainy seasons.

Energy, water and material salvaging is also an important factor contributing to produce quality and shipping productivity. At Organics Unlimited, all materials used in the packing and shipping processes are either re-useable or recyclable, improving efficiency, lowering costs and benefiting the environment. Water is also reused and carefully managed to ensure preservation and conservation against potential, seasonal droughts.

Working with growers using organic, sustainable methods of farming is good for business. Organic bananas grown in environmentally sound conditions are increasing as the desired choice of consumer purchases. In fact, organic food is the fastest growing segment in the U.S. food industry. Organically grown bananas contributed to one percent of organic produce sales last year, and their popularity is on the rise, growing at double digits versus other organic produce items as more consumers become educated on the health benefits of consuming organic produce!